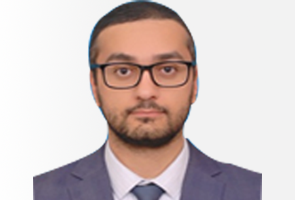 Engr. Zain Shami is a Lecturer in the Department of Mechanical and Automotive Technology at National Skills University, Islamabad.

During his A-levels, he represented Pakistan at, Intel “International Science & Engineering Fair (ISEF)-2010”, USA with his research, “Making Black Ink from the Fruit Arils of Punica Granatum". He has received the Grand Award and National Youth Award (2010) for his contribution through this research. Engr. Zain received his undergraduate degree in Mechanical Engineering from Air University, Islamabad, where he designed and fabricated a Quadcopter for aerial surveillance. Engr. Zain pursued his Masters in Mechanical Engineering from the National University of Sciences & Technology (NUST), Islamabad. In his MS Thesis, he designed, fabricated, and tested an Ankle Foot Orthosis (AFO) to rehabilitate patients suffering from ankle immobility. It is a great honour in support of him to receive a patent for the novelty of his design.

Engr. Zain worked as a Lab Engineer at the Department of Mechanical & Aerospace Engineering at Air University, Islamabad, where he established the Heating, Ventilation and Air Conditioning (HVAC) lab; he also participated in the aerodynamics research group. Furthermore, he has actively participated in the establishment of an assessment mechanism for the labs in the form of Lab Rubrics and implementation of Outcome-Based Education (OBE) in the department and acquired a level-2 accreditation from Pakistan Engineering Council (PEC). Moreover, he also served as a Lecturer in the Department of Mechanical Engineering at the University of Wah in 2018. He was a member of the biomedical research group and Departmental Continuous Quality Improvement Committee.